Mapping Interiors of the Past: Maps in Dutch Paintings of the Golden Age 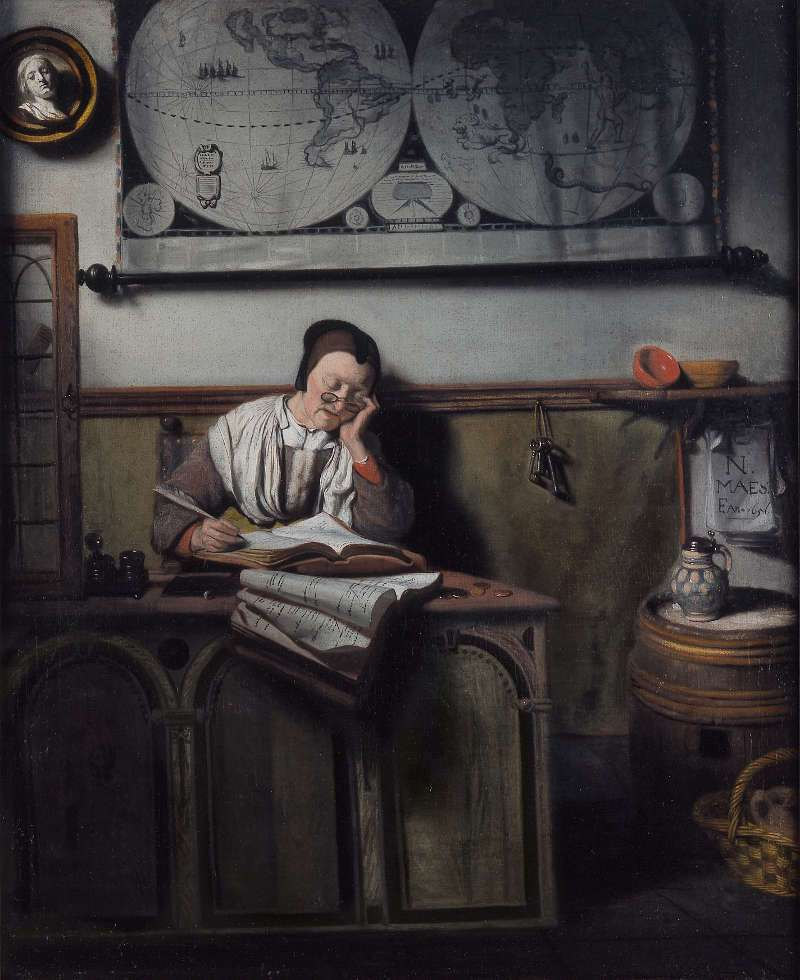 Maps have always been a simple but effective way of embellishing bare walls. In Europe during the 17th century, the newly minted middle class embraced using wall maps as décor to celebrate the growth of trade and exploration.  Large-scale wall maps were usually made up of a several sheets printed on parchment and glued on heavy cloth. Maps were often hung between wooden rods and wooden balls of the ends of the rods kept the maps from the wall, preventing mildew or mold on the paper.

The quiet, intimate interiors shown in Dutch paintings of the period are disrupted by the maps which combine geography, embellished borders, and illustrative details like sea monsters, mermaids, ornate crests, and imagined ships.

The Dutch artists Johannes Vermeer was obsessed with maps (he was also likely a map dealer as there are records of his transactions) and he included identifiable maps in several of his paintings.  In Officer and a Laughing Girl,  a map representing Holland is positioned in the center the the painting drawing the eye away from the drama of the conversation between the two figures. 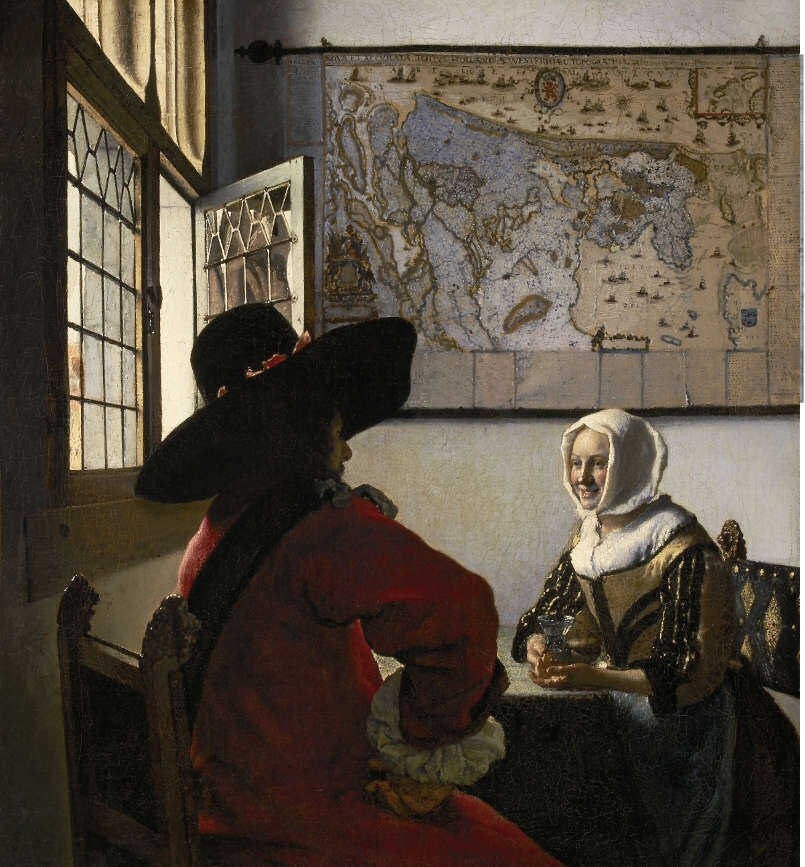 The map is by Willem Blaeu and also appears in two other paintings by Vermeer including Young Woman in Blue Reading a Letter. 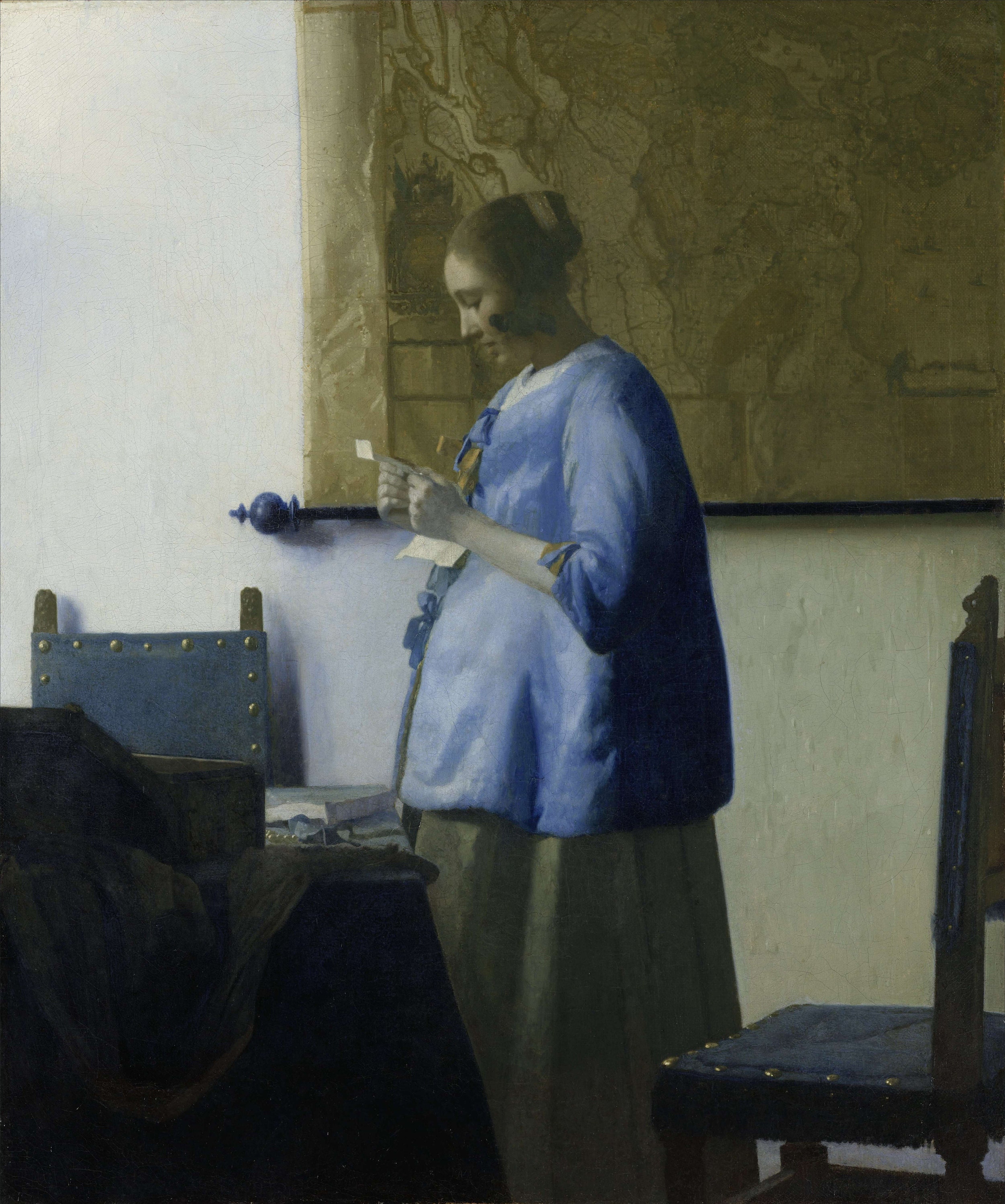 The painting shows a quiet, private moment: a young woman is absorbed in reading a letter. The glow of the morning light fills the room, and while the map behind her is barely discernible it fills the space with meaning. Who sent the letter? Is it from a far-away lover? Does the map show is his location?

Vermeer was also deeply interested in maps as scientific tools. In a painting titled The Geographer,  Vermeer explores the world of Dutch trade with the tools of exploration at hand - a map, a globe, and a sea chart used for navigation. He holds calipers in his hand and gazes out the window, as though deep in thought. 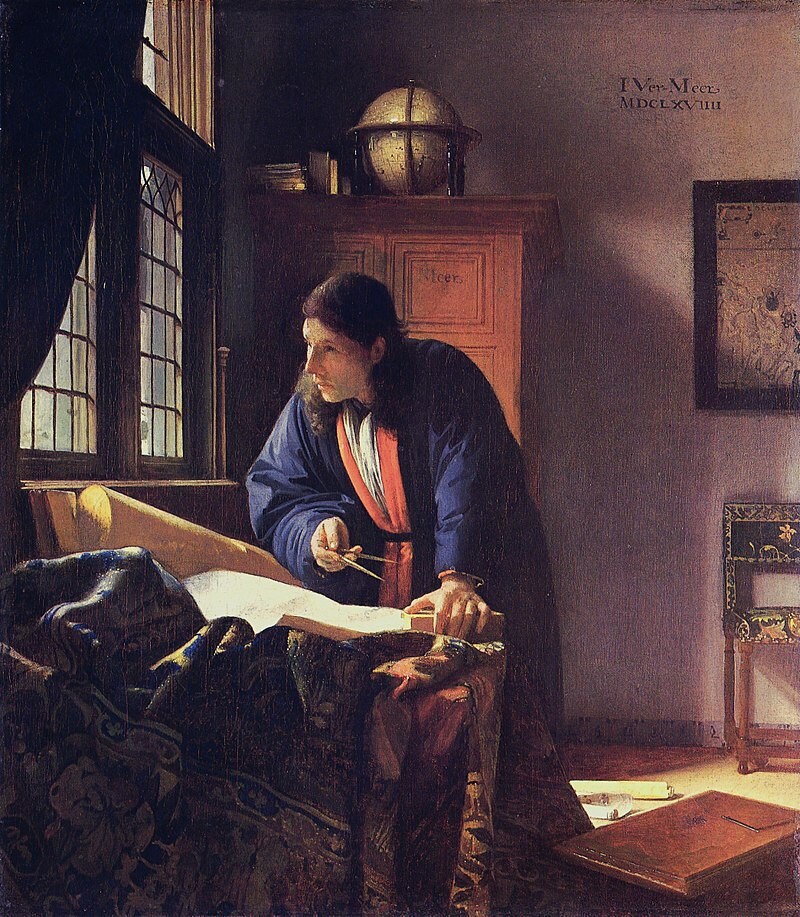 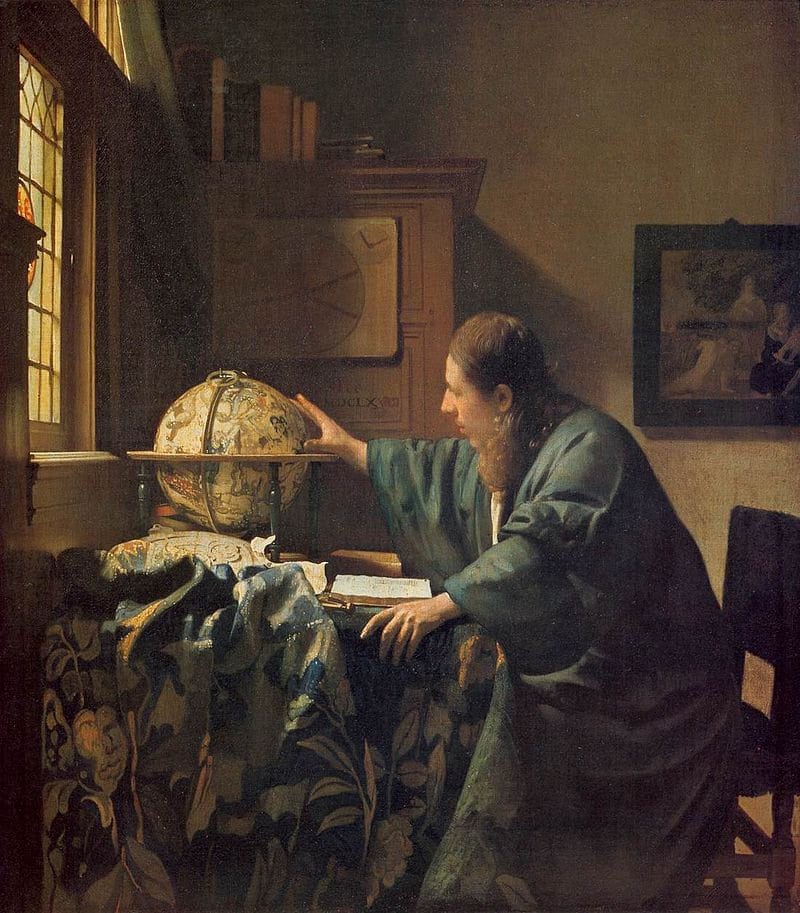 In contrast to The Geographer, the man in The Astronomer is focused on a  celestial globe. This colorful sphere representing the various constellations was produced by the mapmaker Jodocus Hondius.  The open book beside the astronomer can be identified as a volume on astronomy and geography and is opened to a page describing "the Investigation or Observation of the Stars”.

By integrating maps as a theme and subject, the Dutch paintings of this era capture the wonder and excitement connected to exploration and trade during this period.

Previous Post Moonstruck - Does the Full Moon Influence Behavior?
0 items in your cart