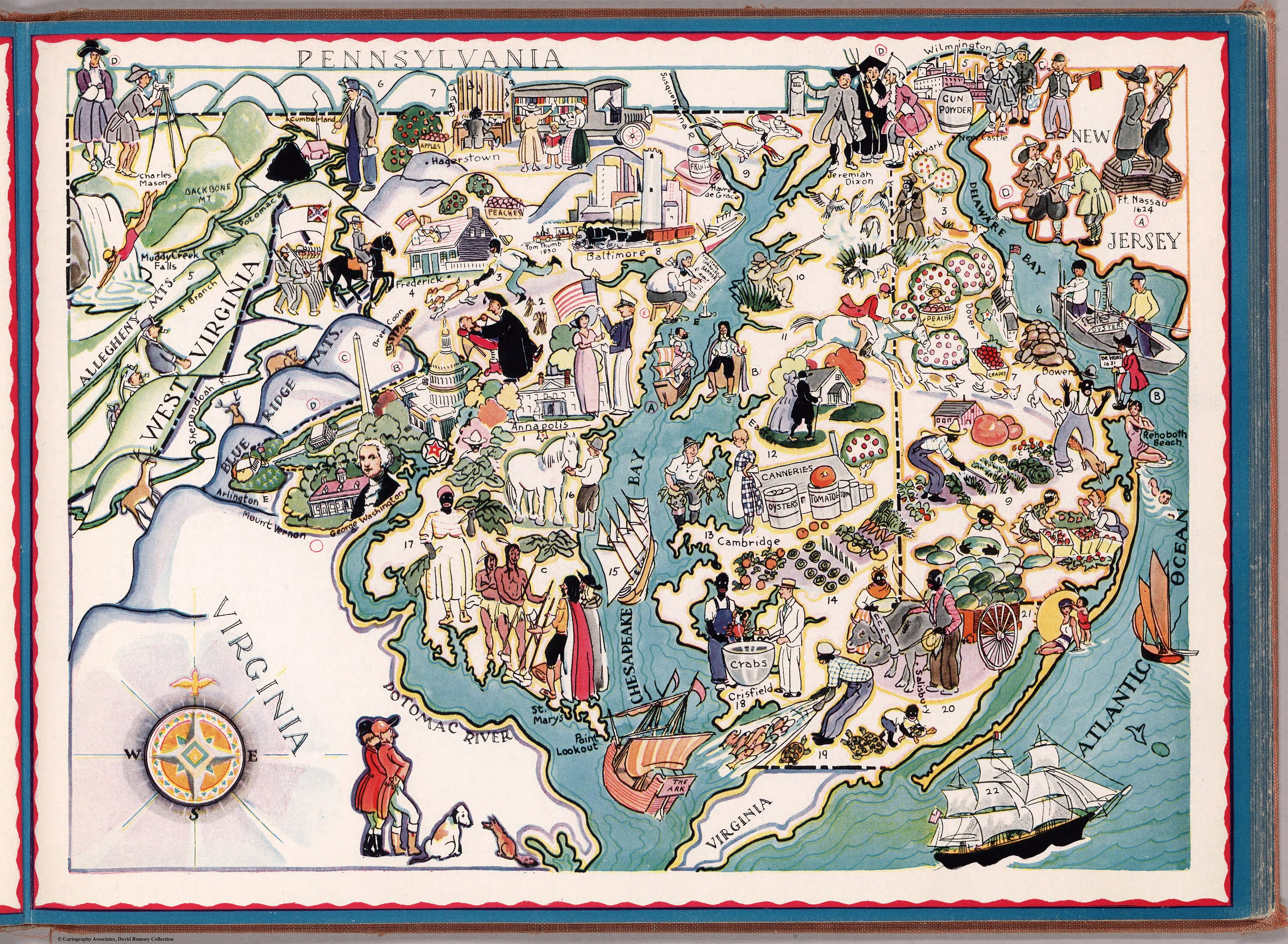 The mid 20th-century -- between around 1930 and 1970 -- was the hayday of Picture Maps in the United States. These were mostly used to publicize vacation destinations -- many exist showing Florida, the Gulf Coast, California, or Hawai'i -- but others were created to capture the soul of a specific place in time.  Many include racial or ethnic stereotypes that were once acceptable -- 50 or 60 years ago -- and these, though thankfully consigned to the past -- are part of history, too, and tell us about America at mid-century. 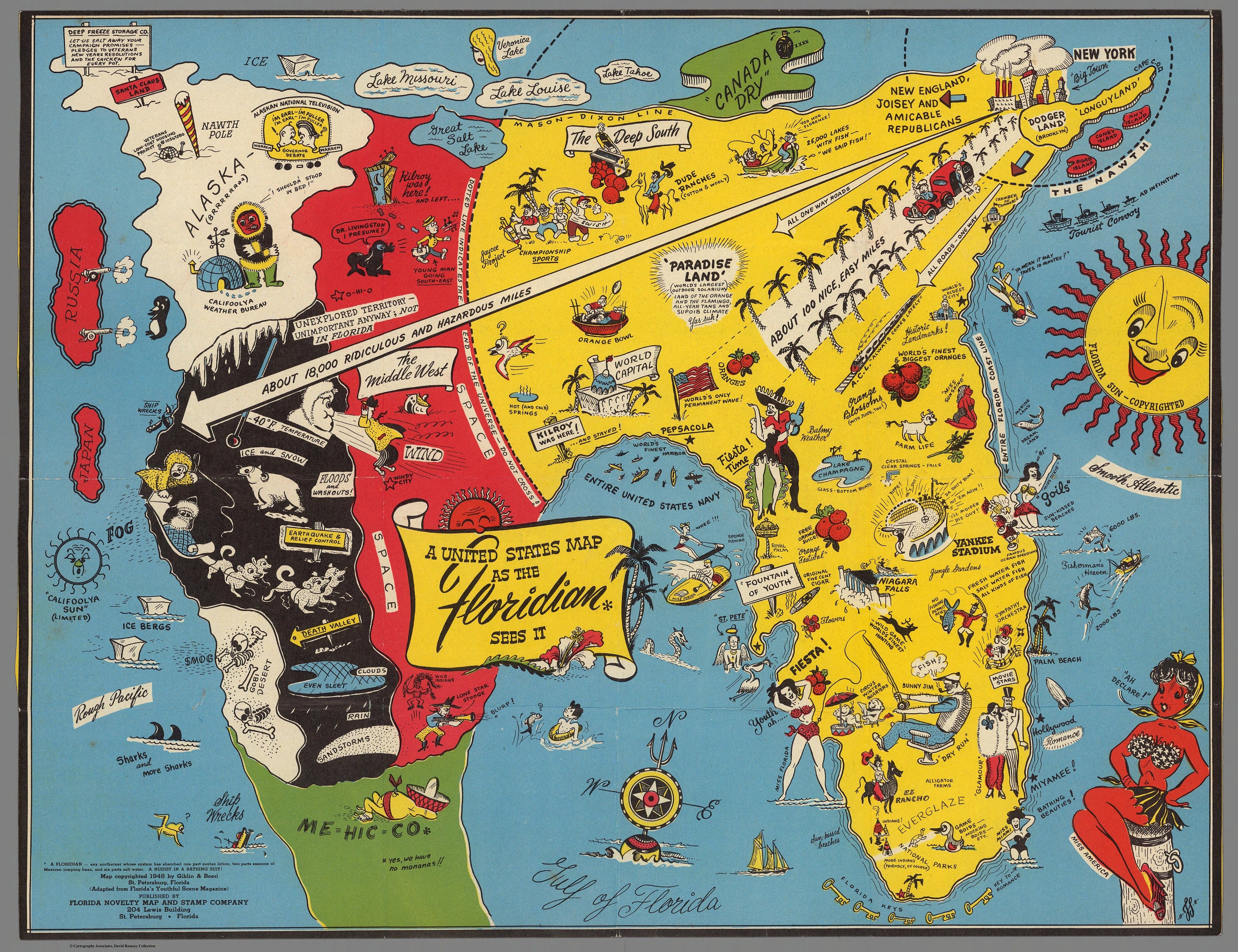 Some pictorial maps were free -- they were often printed for use as the back of diner menus for travelers, and some were offered as inexpensive souvenirs in gift shops. Today, they are totally collectible -- a great way to visit the past through maps.