Sea Monsters on Maps of the Past 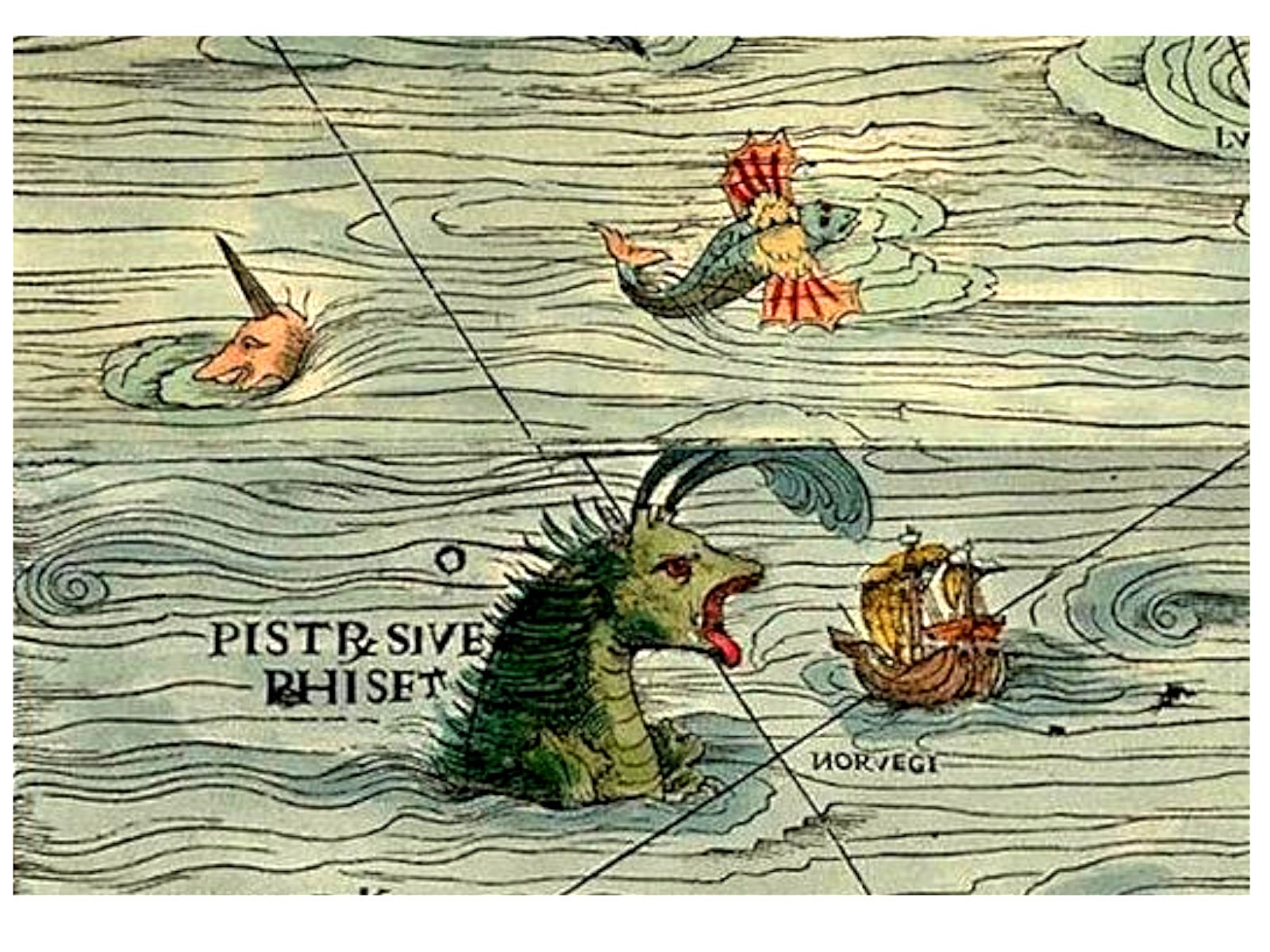 Maps are stories. Most people look at a map and see places, roads, borders, cities, towns and directions, but maps have more to show and tell. Like a story, maps create imagery, calling to mind memories of long-past voyages or dreams of far-away places.  Like the stars in the sky, maps provide guidance to the lost. Historical maps are often written off as impractical -- roads on old  maps have grown over, been re-routed or are simply lost, routes have changed, the landscape has been revised and re-imagined by more recent travelers.  Yet historical maps offer a peek into the past, showing us a mysterious, delightful and sometimes the disturbing look at the past. 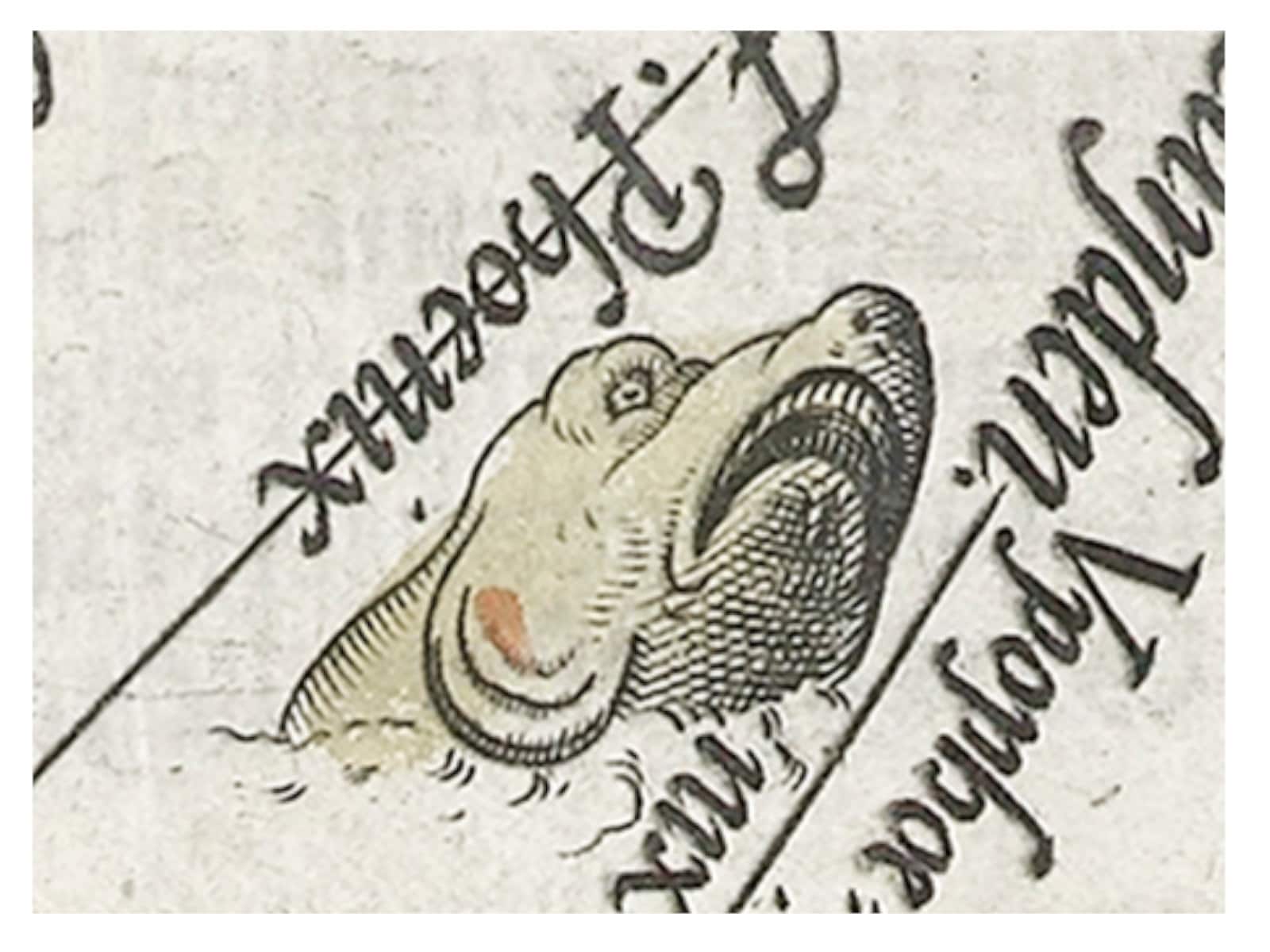 From the 15th through 17th centuries, monsters roamed earth and sea in the minds of travelers to distant lands. The hand-drawn maps of the world from that era include an amazing array of fictional and real creatures, especially in places that were mysterious to Europeans creating the maps.  Explorers didn’t know what to expect when they reached Antarctica or even the Indian Ocean, so they added warnings to sailors in the form of terrifying pictures of imaginary beasts. 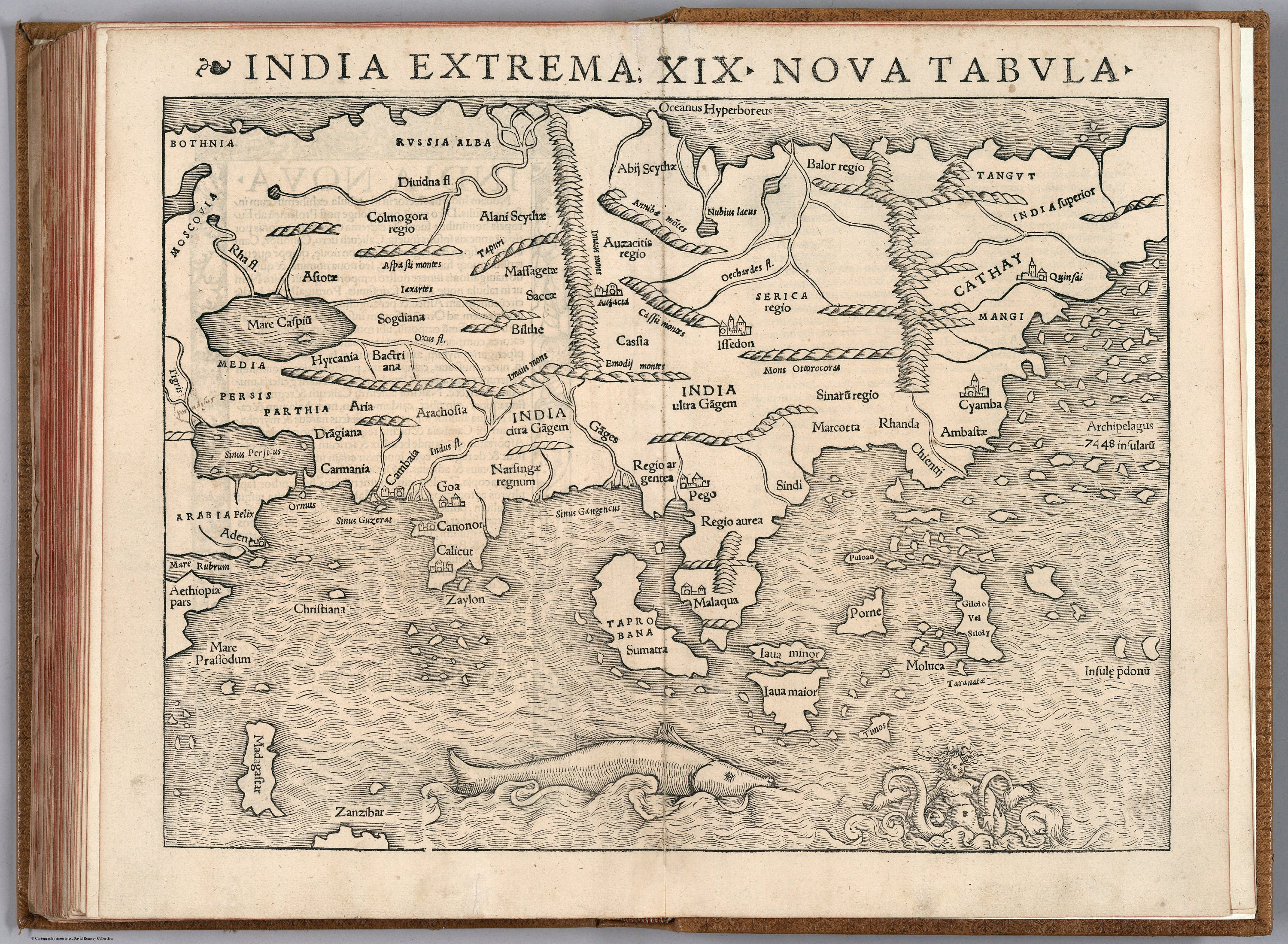 Map monsters were sometimes based on real animals that voyagers had seen during their travels. Giant squid, walruses, whales -- all of these look pretty fearsome due to the imagination of the mariners. They  were quite unsure if these creatures of land and sea were dangerous or not. In fact, some were (and are) a threat -- if you think about the Great White Shark or the killer whale, the fears of the mariners can be excused.

Map monsters began to disappear from maps by the 1800s as technology improved. Explorers then could confirm or deny the existence of danger in the previously unfamiliar waters.

Today, though, we can still enjoy the illustrations of “map monsters” as they let us peek into the thought process of the men that sailed the seas before our time.

North Star Pendants provides a weekly round-up of map monsters on Instagram, Facebook and Twitter, every Monday is #mapmonstermonday featuring a selection of these interesting and delightful creatures from historical maps. Previous Post What's Your Special Moon?
Next Post Moonstruck - Does the Full Moon Influence Behavior?
0 items in your cart